Jane Goodall, Children's Books, and the Unburdening of Knowledge

When it comes to knowledge, for better or worse, the trickle-down-effect seems to be the norm. History is littered with examples — from Socrates to Galileo — of those whose ideas weren’t accepted or understood by the masses at the time but later became indispensable to society as a whole. The trend continues. Modern academics and scientists argue and theorize among themselves, and answers to the questions with which they grapple will remain obscure to the general public for years to come. However, with this, as with so many things, Jane Goodall bucks the trend. 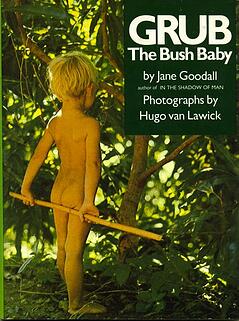 Goodall, of course, gained notoriety for her groundbreaking research into the behavior of chimpanzees. The London native became enamored with chimps after receiving a particularly life-like chimp-doll, which she named Jubilee. She went on to do field work for a time with Kenyan archaeologist and anthropologist Louis Leaky. Eventually, she undertook a lengthy observation of the chimpanzee population within the Gombe Stream National Park in Tanzania. During her time there, Goodall made two crucial discoveries. The first, that chimps were carnivorous, undermined the prevailing wisdom that chimps ate exclusively plants. The second, that chimps employed the use of simple tools in their daily lives, was a veritable shock to the anthropocentric worldview that held humans up as the only species capable of tool-use.

Following her discoveries, Goodall did, of course, work toward acceptance in the academy. With the aim of quieting her critics (many researchers insisted, for instance, that her use of a feeding station to attract chimps disrupted the population's behavior, thus rendering her findings dubious; still others were irked by her propensity to anthropomorphize her subjects), Goodall, despite not having a college degree, earned a PhD in Ethology (the study of animal behavior) at Cambridge. Her concern with institutional acceptance, though, was not her only priority. In a move that separated her from many of her colleagues, she began to write and publish children's books. 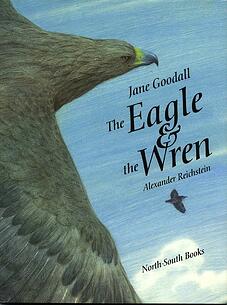 ane Satrapi’s is to be believed, there exists, somewhere, a children’s comic-book about Karl Marx’s notion of dialectical materialism. This being the case, one can’t in good conscience say that Goodall’s children’s books, from the beloved Grub: the Bush Baby (1972) to The Eagle and the Wren (2000), were unprecedented. That groundbreaking and cutting edge ideas were packaged for children before Goodall’s efforts, however, hardly takes away from the importance of her undertaking.

Her works, including My Life with the Chimpanzees (1988), represent not just an attempt to entertain the children of the world with adorable chimp-stories, but to democratize the spread of knowledge. Facts and theorems to which only scholars would have been privy suddenly became not just accessible to all but practically common knowledge. By making the scientific process accessible to children, she opens up entire realms of understanding to those who might have otherwise been cut off from the forefront of discovery. Many have written on the so-called ‘burden of knowledge’ and the impact specialized training has on the accessibility of ideas. If Jane Goodall’s corpus of children’s books prove anything, it’s that this burden is often much lighter than it’s made out to be.