Learning About Literature and Partition

For much of the first half of the twentieth century, India remained under the control of the British Empire. While many leaders in India had pushed for independence for decades, it wasn’t until the end of World War II—and the crumbling of the system of Western colonization—that Britain began to conceive of leaving the subcontinent. In an attempt to leave as peacefully as possible, misguided efforts to divide the area into the nations of India and Pakistan based on religious and ethnic differences resulted in bloody riots that claimed the lives of hundreds of thousands in the Punjab. In the decades that followed, fiction writers took up the India-Pakistan Partition and related issues of political violence that continue to plague the region.

Literature at the Strike of Independence

With the division of the subcontinent came the independence of India on August 15, 1947. While independence day isn’t celebrated as such in present-day India, Salman Rushdie’s Midnight’s Children (1981), for which he won the Booker Prize, inscribes this moment in literary history. The novel follows Saleem Sinai, the narrator and protagonist, through post-1947 India. As we learn through reading, Saleem is one of a group of “midnight’s children.” Like Saleem, those born at the stroke of midnight on the day of independence have been endowed with extraordinary powers. By employing elements of magical realism, Rushdie creates a narrative possible only through fiction that deals with matters of forced migration, exile, and political violence.

Picking up on questions of immigration and national loss, Amitav Ghosh’s The Shadow Lines debuted in 1988. Traversing various historical events on the subcontinent, the novel traces the experiences of a young Indian man through World War II, the India-Pakistan Partition, and migration to London. Like Rushdie, Ghosh was born in India but has spent much of his adult life outside the subcontinent.

Nearly two decades after Rushdie introduced English-speaking readers to India, Manju Kapur crafted Difficult Daughters (1998), which traces several generations of women in a Delhi family. Contending with personal issues of love and loss around the time of the subcontinent's division, Kapur’s novel provides an intimate perspective of the violence inherent in dividing families and nations.

When the line of the India-Pakistan Partition was drawn, it cut through the Punjab in the northwestern part of the country. Born in the years just before the subcontinent was divided, Pakistani writer Bapsi Sidhwa depicted the gender-based violence tied to the stark splitting of India and Pakistan. Her third novel, Cracking India (1991), relies on the perspective of a young child narrator who comes of age amidst the brutal division of the region. Residing in Lahore, Sidhwa’s protagonist, Lenny, describes the psychological and physical injuries inherent in frenzied geopolitical actions. 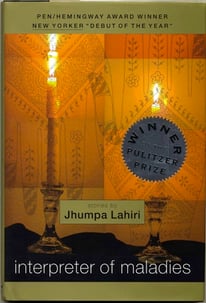 The effects of drawing a line through the subcontinent remain palpable on the subcontinent today in numerous works of postcolonial literature. Indeed, echoes of colonialism and its harms can be located in recent fiction from the region, as well as from authors of the diaspora. For instance, novels such as Arundhati Roy’s The God of Small Things (1997) and Kiran Desai’s The Inheritance of Loss (2006) both explore the lingering consequences of imperialism and the role of history in modern India. Meanwhile, in America, writers like Jhumpa Lahiri have used fiction to process questions of identity and belonging in a post-Partition, postcolonial world. Lahiri’s collection of short stories, Interpreter of Maladies, won the Pulitzer Prize for Fiction in 2000.

Young novelists who reside in India and Pakistan, as well as first-generation Americans and Londoners with ties to those regions, continue to rely upon fiction to interrogate the role of Partition in contemporary politics. As our world becomes increasingly global (both in terms of politics and material exchange) it will be exciting to discover new works of Indian and Pakistani literature that bring us back to local issues, both past and present, on the subcontinent.