Libraries and Special Collections: The Library of Congress

The LoC was founded in 1800 as the research institution to serve the U.S. Congress. Much of the original collection was destroyed by the British in the War of 1812, but it received a restart in 1815 with the purchase of Thomas Jefferson’s personal library containing 6,487 books. The copyright law of 1870 established the U.S. Copyright Office within the LoC and required all persons seeking copyright to send their materials to the library for approval. Thus, the LoC became a legal deposit library like those at Oxford and Trinity College in Great Britain. The Copyright Office is still under library administration, but contrary to popular belief, not every book published in the U.S. can be found on its shelves. 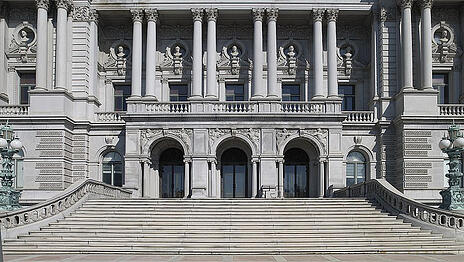 Efforts to meet the library’s non-congressional mission “to further the progress of knowledge and creativity for the benefit of the American people” manifest in two primary ways: archiving history and promoting cultural creation. Collections range from rare manuscripts to the papers of every U.S. president to audio recordings of American folk music. The breadth and width of materials held is staggering.

The LoC’s American Folklife Center provides funding for projects like StoryCorps and the Veterans History Project, which collect oral history recordings of people all over America. These stories may not appear in any history books, but they paint a more accurate view of life for future generations. The library made recent news when it announced it would archive the entirety of Twitter from 2006-2010 in its mission to capture “the story of America.” These vernacular collections can provide important data for researchers. 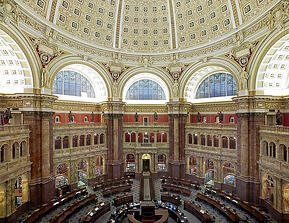 The U.S. Poet Laureate is appointed by the Librarian of Congress (which is, in turn, a position appointed by the president) on a yearly basis to act as a poetic consultant to the library and the government; he/she also advocates for poetry through public projects.

With the Copyright Office, the LoC provides in-publication cataloging (printed near the bottom of a book’s information page) which provides standardization and saves libraries a lot of work. As a point of interest, the LoC has developed its own cataloging system (far more complex than the Dewey Decimal System) that is used by most academic libraries in the U.S.