Valentine’s Day doesn’t have to be a source of strife when you can lose yourself in the classic romances from literature--after all, what could be better than love and passion as written by some of the world's most talented authors? Happy ending or not, you can bet they’re all heartbreakingly beautiful. Take a moment to delve into the best romances of classic and modern literature as we count down our top ten list. 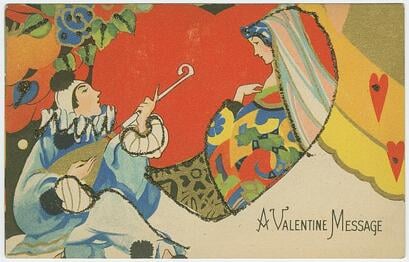 10. Lady Chatterley’s Lover: Yes, it’s been accused of being thinly masked pornography, but the torrid love affair between Constance (Lady Chatterley) and her gamekeeper, Oliver Mellors, is filled with passion, class struggles, and a woman’s acceptance of her desires.

9. Anna Karenina: The passionate (and tragic) affair between Anna and her lover Vronsky is contrasted with one of the sweetest, most gentle romances in literature: Kitty and Levin. Although Kitty initially dismisses Levin for his age (fourteen years her senior), his patience and enduring love win her affection. And unlike most romances, the novel continues past their wedding day.

8. The Remains of the Day: If your tastes tend away from the dramatic fire of romance, Kazuo Ishiguro’s novel about the would-be love between an English butler and housekeeper may strike your fancy. It’s a story of what could have been, woven into the daily work of pre-World War II service.

7. Wuthering Heights: Catherine and Heathcliff – lovers without the opportunity. Their relationship grows from childhood but is sabotaged by both their family and themselves. The overlapping of family ties and romantic love may raise some eyebrows, but their story remains a much-beloved classic. 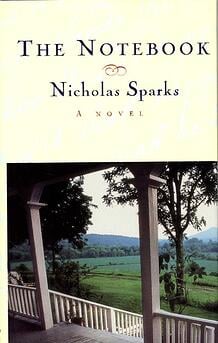 6. Gone with the Wind: Scarlett O’Hara may be the epitome of a difficult woman, but Rhett sure loves her. Money, power, and the Civil War drive them apart, yet they are drawn back together time after time. Scarlett and Rhett share a stubbornness that makes their romance raw and unapologetic.

5. The Notebook: Nicholas Sparks’ first published book (and popular movie adaptation) tells the story of love’s endurance. Noah and Allie share an exciting teenage summer romance, which is stopped by Allie’s mother. Years later, they are reunited and rekindle their love. The story is told by an elderly man to his wife who is suffering from Alzheimer’s.

4. Jane Eyre: When Jane is hired as a governess to the ward of Mr. Rochester, she practically stumbles into his affections. But what do you do when the man you love forgot to tell you that he’s already married to a madwoman? Charlotte Bronte’s Gothic love story is at times baffling, but always filled with intensity.

3. The Great Gatsby: F. Scott Fitzgerald’s great American novel set during the Roaring Twenties gave us the story of Jay Gatsby and Daisy Buchanan. Gatsby, a man who quite literally built his fortune just to impress the love of his life, remains separated from her until the narrator introduces them again.

2. Romeo and Juliet: Before all the rest, Shakespeare wrote the quintessential tragic love story that has been the mold for star-crossed lovers ever since. Their families hate each other, but somehow, these idealistic adolescents find a love that could end all strife. Of course, we all know that it was not to be for Juliet and her Romeo. Whether you root for them or not, Shakespeare’s characters speak truths which have echoed through the centuries.

1. Pride and Prejudice: Why end with tragedy when you can end with a wedding? Jane Austen, that queen of Regency romance, wrote many love stories, but none can beat that of Elizabeth and Mr. Darcy. Their societal dance around one another is inescapable, and the threat of destitution looming over all unmarried women gives Elizabeth’s journey real tension. Pride and Prejudice endures as THE favorite literary romance.

Now it's your turn: what is your favorite literary romance? What would be on your list?