Some have speculated that if Robertson Davies had been British, he might have won the 1993 Nobel Prize in Literature. But Davies was Canadian and for better or worse, the award went to Toni Morrison. Davies was one of Canada’s most important and talented writers—the author of over thirty works of fiction as well as a multitude of plays and essays. Shortlisted for the Man Booker Prize in 1986, Davies won the Stephen Leacock Medal in 1955, the Lorne Pierce Medal in 1961, the Governor-General’s Award in 1972, and 23 honorary degrees. During his life, he was a successful playwright, journalist, professor, and writer as well as the first Canadian inducted into the American Academy of Arts and Letters. 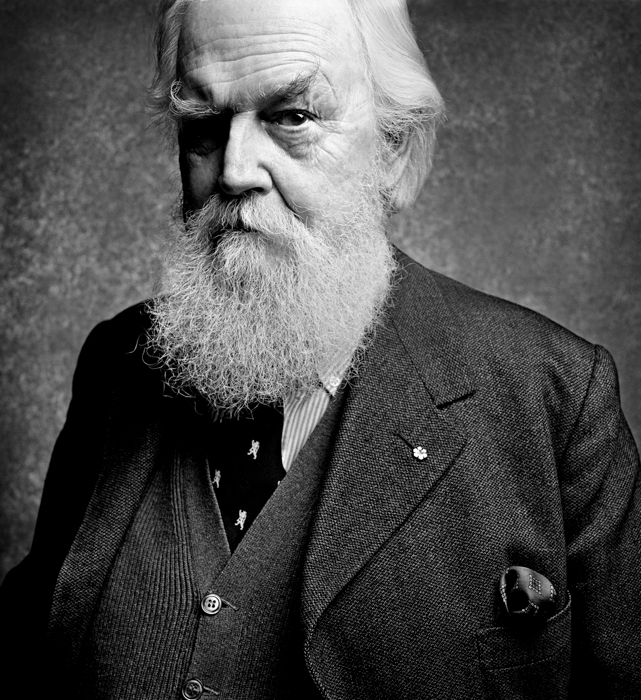 William Robertson Davies was born on August 28, 1913 in Thamesville, Ontario to William and Florence Davies. His Welsh father immigrated to Canada after his family’s business failed and became a successful newspaper publisher and senator. His mother, a strict Presbyterian, bore many similarities to the mother of Dunstan Ramsay, the protagonist of Davies’ most popular novel, Fifth Business. Davies inherited his love of reading from his parents.

After attending Upper Canada College and Queen’s University in Ontario, Davies earned a bachelor of letters degree at Balliol College, Oxford in 1938. After graduation, Davies worked at the Old Vic Theatre in London for two years as a director, actor, and teacher. He met his wife there, actress and stage manager Brenda Mathews. In 1940, Davies returned to Ontario where he worked as an editor and columnist of Saturday Night and The Peterborough Examiner.

Davies developed a friendly disdain for newspapers and those who read them. He commented on newspapers that they “like to represent themselves as wonderfully romantic and hitched into world events” but “are really an entertainment and manufacturing business. The news is what you can squeeze in before you have to go to press; it's not what's happening in the world." Of small town newspaper readers, he described “how disagreeably they gloat over the misfortunes of their neighbors, and how they wince and scream when some folly of their own has to be reported in the paper. Oh, you can find out a lot about people running a newspaper.” 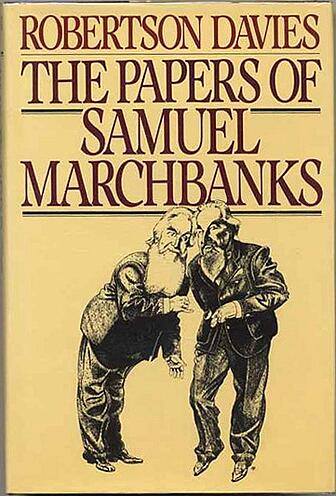 Davies wrote a column satirizing Canadian small town life under the byline of alter ego, Samuel Marchbanks. Beginning in the 1940s, Marchbanks—a peevish old bachelor—regularly published belligerent commentary on the fellow occupants of his fictitious town, Skunk’s Misery. The column was later compiled into a single volume, The Papers of Samuel Marchbanks (1985).

After two decades as a newspaperman, Davies became a professor of English at Massey College and a master of the college until his retirement in 1981. He was a beloved figure on campus, where his annual Christmas ghost story was an important event.

In 1951, when he was nearly forty years old, Davies published his first novel, Tempest-Tost. It was the beginning of an extremely successful writing career. Tempest-Tost launched Davies’ first trilogy. His second, the Deptford Trilogy, which included the novel Fifth Business, followed in the 1970s.  Davies’ final trilogy, the Cornish Trilogy, was published in the 1980s. The second novel of the series, What’s Bred in the Bone, was shortlisted for the Man Booker Prize. The final novel of the trilogy, The Lyre of Orpheus, explored the medieval underpinnings of contemporary life. 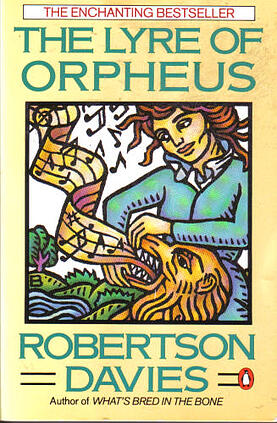 At the time of his death in 1995, Davies was at work on a fourth trilogy. The New York Times wrote that Davies had “created a rich oeuvre of densely plotted, highly symbolic novels that not only function as superbly funny entertainments but also give the reader, in his character's words, a deeper kind of pleasure -- delight, awe, religious intimations, 'a fine sense of the past, and of the boundless depth and variety of life.' "

Both John Irving’s A Prayer of Owen Meany and Margaret Atwood’s Booker Prize-winning novel, The Blind Assassin, were written in homage to Davies. In an interview, Atwood described Davies as “my role model.” Beyond influencing contemporary writers, Davies’ novels—full of poetry, drama, and magic—remain compelling and important reads today.