Ten of the Best Quotes from Charles Dickens

Charles Dickens is widely considered to be the most important writer of the Victorian age. Dickens' success came, despite the odds being stacked against him. He had to work in a factory from a young age to support his family; his father was in debtors' prison. Dickens was eventually able to spend two years in school after which he worked at a law office. An interest in theater eventually led to a job as a freelance reporter. He published the majority of his novels as weekly or monthly serials, beginning with The Pickwick Papers in 1836. He was an immediate success, reaching an unprecedented level of popularity at the time.

His novels David Copperfield, Bleak House, A Tale of Two Cities, and A Christmas Carol, to name only a few, have gone on to become classics in English literature. His works have been adapted numerous times for stage and screen, and all of his novels are still in print today. Known for his creative style, flair for language, and impressive insight into human nature, Dickens' novels continue to endure nearly 150 years after his death. The following are ten of Dickens' best quotes—pulled from novels and personal papers—that illustrate just some of the reasons why he is so well loved. 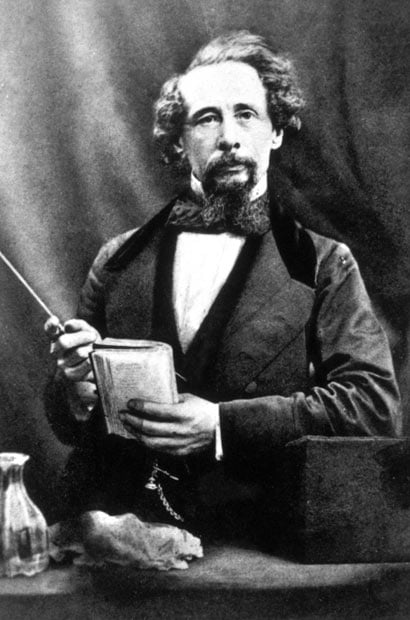 1. Suffering has been stronger than all other teaching, and has taught me to understand what your heart used to be. I have been bent and broken, but—I hope—into a better shape."

2. It was the best of times, it was the worst of times.
– A Tale of Two Cities

3. The whole difference between construction and creation is exactly this: that a thing constructed can only be loved after it is constructed; but a thing created is loved before it exists.
—Charles Dickens

4. There are dark shadows on the earth, but its lights are stronger in the contrast.
—Charles Dickens

5. The unqualified truth is, that when I loved Estella with the love of a man, I loved her simply because I found her irresistible. Once for all; I knew to my sorrow, often and often, if not always, that I loved her against reason, against promise, against peace, against hope, against happiness, against all discouragement that could be. Once for all; I love her none the less because I knew it, and it had no more influence in restraining me, than if I had devoutly believed her to be human perfection.
―Great Expectations

6. And yet I have had the weakness, and have still the weakness, to wish you to know with what a sudden mastery you kindled me, heap of ashes that I am, into fire.
―A Tale of Two Cities 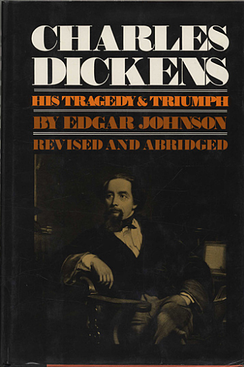 8. A loving heart is the truest wisdom.
―Charles Dickens

9. I see a beautiful city and a brilliant people rising from this abyss. I see the lives for which I lay down my life, peaceful, useful, prosperous and happy. I see that I hold a sanctuary in their hearts, and in the hearts of their descendants, generations hence. It is a far, far better thing that I do, than I have ever done; it is a far, far better rest that I go to than I have ever known.
―A Tale of Two Cities

10. Family not only need to consist of merely those whom we share blood, but also for those whom we'd give blood.
―Charles Dickens