The Noble, Doomed Search for the Philosopher's Stone

For something that never existed, the philosopher’s stone has shaped a great deal of history. To people like us — we rational and practical folk of the 21st century — its influence can be hard to comprehend. It was, after all, bad science. Part of its appeal was that it promised so much. Not only did it solve the alchemist’s problem of transmuting base metals into gold, it also provided the elixir of life, even immortality. Numerous civilizations, through a variety of centuries, set out on a quest for the imaginary stone. Was the pursuit a failure? Absolutely. But was it worthless? Far from it. 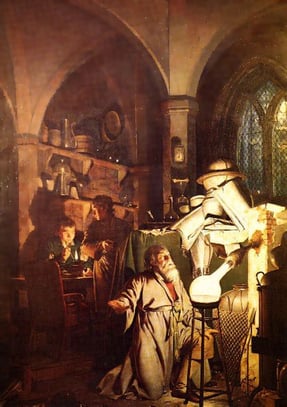 The legend of the philosopher’s stone owes itself to the development of centuries of speculation. The Platonic Greek idea of anima mundi, or an essence that links all living and nonliving things in the world, helped create the idea of the philosopher’s stone. A common theory asserted that the prized stone would be made out of a kind of quintessence, the most basic form of matter out of which all things derive.

Some of the earliest pioneers of alchemical thought came from the Islamic world in the Middle Ages. One Jabir ibn Hayyan tried to understand the physical world by understanding the four classical elements: air, water, fire, and earth. Although unsuccessful in his alchemy, Hayyan is said to have been the first to synthesize aqua regia, a mixture of acids which is still used today to dissolve gold.

This is all to say that great scientists (or as they were called until recently, natural philosophers), get things wrong. But perhaps it is what they get incorrect that leads them to what they discover and illuminate. Hippocrates, the father of Western medicine, believed that the body was influenced by the four humors. And Francis Crick, Nobel Prize-winning geneticist, was a proponent of the theory, called panspermia, that life on Earth comes from life transported through space, perhaps deliberately by extraterrestrial civilizations. And then there’s Isaac Newton, a scientist whose contributions to physics and mathematics make him one of the most revered of all time. Newton, as it happens, spent much of his time on matters of alchemy and the philosopher’s stone, too.

Newton, for all of his remarkable innovations, also believed in some extraordinarily unscientific things. He did not simply consider the possibility of alchemy, he was an ardent practitioner within the field itself. His writings on alchemy and his experiments are truly extensive, and such papers might even outnumber his studies of actual science. In 1936, when previously unseen papers from Newton’s archive were sold at auction, one third were discovered to be dedicated to alchemy. Newton’s extant papers might be but a portion of the story: many of his papers are said to have been lost in a fire. He also repressed much of his work. Newton was a perfectionist, and alchemy was legally punishable, stemming from a tradition of alchemists swindling their patrons with their false promises. 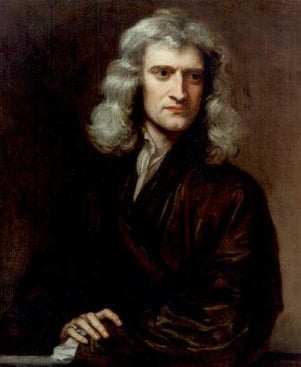 The economist John Maynard Keynes, who was also an avid collector of Newton’s papers, said that the scientist was “not the first of the age of reason, he was the last of the magicians.” Newton was surely wrong when he felt he had outlined the blueprint to the philosopher’s stone, but he joins a rich gang of scientists through his misconceptions. Alchemists like Newton espouse prescient theories for the atom, create equipment for engineering processes like distillation, and laid the groundwork for chemical and physical experimentation. By following their illusions, they were able to separate the still-muddled realms of science and superstition.

It may be bunk science, but alchemy and the philosopher's stone live on in fiction, as everything from a plot device to an extended metaphor. We see it everywhere, from Harry Potter to Chaucer, from Dante to the myth of Faust. The philosopher’s stone may be a lie, but it is a noble one, one which many have investigated on their way to discovering the truth.