Today in our Top Books by State series, we're taking a closer look at one of the vibrant states of the American south: Mississippi. From the Mississippi River Delta to the Gulf Coast, Mississippi is a state rich with history and natural beauty. The Delta is considered the birthplace of the blues. Numerous locations throughout the state have important sites relating to the Civil War. Mississippi is also home to a rich literary history as the home state of authors such as Eudora Welty, Tennessee Williams, and John Grisham. Join us today as we explore some of the best books to come from the state of Mississippi: 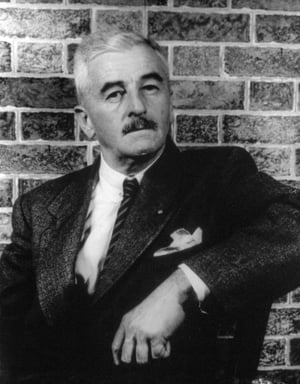 One of Mississippi's most important literary figures is William Faulker. Nearly all of his books are set in the state, which is why today we will be focusing on Faulkner's oeuvre. Faulker lived most of his life in Mississippi, setting most of his short stories and novels in his fictionalized Yoknapatawpha County, which was based on Lafayette County and the town of Oxford. He won the Nobel Prize in Literature, making him the only Mississippi author to do so. He also won the National Book Award once and the Pulitzer Prize for Fiction twice. He is considered to be one of the most important figures in American literature, and even more so in its subset, Southern literature. While he is a beloved and important figure, we would be remiss in not mentioning the controversy surrounding his depictions on slavery and opposition to desegregation. For more on this issue, see writer and activist James Baldwin's criticism of Faulkner.

The following quotes showcase some of Faulkner's depictions of Mississippi throughout his work:

I could smell the curves of the river beyond the dusk and I saw the last light supine and tranquil upon tideflats like pieces of broken mirror, then beyond them lights began in the pale clear air, trembling a little like butterflies hovering a long way off. The Sound and the Fury

That's the one trouble with this country: everything, weather, all, hangs on too long. Like our rivers, our land: opaque, slow, violent; shaping and creating the life of man in its implacable and brooding image. As I Lay Dying

In August in Mississippi there’s a few days somewhere about the middle of the month when suddenly there’s a foretaste of fall, it’s cool, there’s a lambence, a soft, a luminous quality to the light, as though it came not from just today but from back in the old classic times. It might have fauns and satyrs and the gods and---from Greece, from Olympus in it somewhere. It lasts just for a day or two, then it’s gone... the title reminded me of that time, of a luminosity older than our Christian civilization. Light in August

Quentin did not answer, staring at the window; then he could not tell if it was the actual window or the window's pale rectangle upon his eyelids, though after a moment it began to emerge. It began to take shape in its same curious, light, gravity-defying attitude--the once-folded sheet out of the wisteria Mississippi summer, the cigar smell, the random blowing of the fireflies.

"The South," Shreve said. "The South. Jesus. No wonder you folks all outlive yourselves by years and years and years." It was becoming quite distinct. He would be able to decipher the words soon, in a moment; even almost now, now, now.

"I am older at twenty than a lot of people who have died," Quentin said.”
Absalom, Absalom!

Stay tuned! Next time, we'll take a look at some of the amazing books that come from the great state of Missouri!