The twentieth century saw an unmatched period of artistic accomplishment in Latin America. Though it is nearly impossible to choose only a few writers to highlight, the following Latin American authors must be noted for their contributions to the richness of modern literature and poetry.

In the early portion of the 1900s, poets like Gabriela Mistral, Pablo Neruda and César Vallejo, as well as Cuban novelist Alejo Carpentier, and Argentine prose writer Jorge Luis Borges laid the foundation for the Latin American Boom. The Latin American Boom was a period of literary flourishing in the 1960s and 70s that brought much of the area’s literature to an international audience. Famous Boom authors include Julio Cortázar, Carlos Fuentes, Octavio Paz, Mario Vargas Llosa, and Gabriel García Márquez.

To get a sense of the puissance of 20th century Latin American writers, it should be mentioned that of the ten figures mentioned above, half (García Márquez, Mistral, Vargas Llosa, Paz, and Neruda) have won the Nobel Prize. They are among the fortunate international authors who no doubt signify legions of worthy Latin Americans waiting for an audience.

Here we explore a selection of authors whose works contribute to the robust Latin American canon.

Borges was a precocious writer. He published his first work, a translation of Oscar Wilde's "The Happy Prince," at age 7. However, Jorge Luis Borges, the classic writer, did not surface until his late thirties. Always afflicted with poor eyesight, Borges fell down a staircase and sustained a severe head injury. It was during his recovery that he turned his attention to his writing abilities, and in an attempt to prove he could still, or at all, write, he began a story which was to become "Tlön, Uqbar, Orbis Tertius."

Borges was a learned reader, sometimes startlingly so. He first read Don Quixote in an English translation; he admired Walt Whitman; and he was drawn to the many classical writers of England, North America, and Europe. He had a taste for Poe, and especially Kafka, whom he deliberately emulated. His short stories frequently present his reader with a dizzying array of libraries, labyrinths, and mirrors. Ana Maria Barrenchea, in an expertly brief description of Borges, said that he "is an admirable writer pledged to destroy reality and convert man into a shadow.”

Alejo Carpentier’s great stylistic contribution to Latin American literature was his magical realism, called lo real maravilloso, which reflects the fantastic, and often otherworldly, properties of Latin American life. As the likes of García Márquez and Neruda have expressed (see below), their real-life world of revolution and upheaval has created an audience that embraces the extreme as never too far from the truth. Carpentier was musically inclined and was drawn to Afro-Cuban culture. His novel The Kingdom of this World depicts the Haitian uprising in which African slaves rebel against their French colonial rulers. Carpentier’s work not only provided the Boom authors with stylistic inspiration, but his life of exile and arrests offered a model for the Latin American artist’s dedicated political activism.

Few Latin American authors have had the luxury to ignore politics. Neruda was an outspoken voice in Latin American world politics, a move which allowed him, in some ways, to alienate everyone. He controversially favored Joseph Stalin and had his library ransacked and desecrated by the ruling Chilean regime. He depended on the kindness of supporters across Latin America to escape. Talk to any of his devoted readers, and you’re sure to find something about his politics that they both admire and condemn.

García Márquez called Neruda “the greatest poet of the 20th century in any language.” His poetry is famously romantic and erotic, sometimes importing sensuality to the most quotidian of objects, as seen in works like “Ode to the Apple.” His creativity also flourished when he worked within surrealism and political thought. Neruda’s Canto General is an epic catalog of the Latin American world, and it presents sweeping histories and botanical and zoological accounts of the continent. Pablo Neruda explained much about Canto General, surrealism, and the work of Carpentier and García Márquez, when speaking of the magical quality of Latin American life. He said in an interview, “You see there are in our countries rivers which have no names, trees which nobody knows, and birds which nobody has described. It is easier for us to be surrealistic because everything we know is new.”

Neruda’s politics made him an exile from his native Chile, and he recounted his dramatic escape in his Nobel lecture. 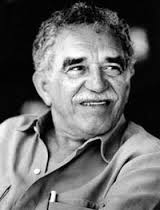 Gabriel García Márquez might be the most famous of Latin American authors. Affectionately called “Gabo” throughout the Spanish-speaking world, García Márquez took the magical insights of Carpentier a step further. The fiction of lo real maravilloso entrenched itself in the extremity of Latin American life, but still kept itself within the realms of the real. García Márquez’s magical realist world blends beautifully the magically quotidian (ice, magnets) with everyday magic (divine ascensions, raining flowers). The neglected becomes celebrated and García Márquez ferries his reader through a world of the most fabulous distortions. With novels like One Hundred Years of Solitude and Love in the Time of Cholera, García Márquez has achieved the great literary triumph of helping his readers see the world anew.

Gabriela Mistral’s life was in many ways dedicated to teaching, although she was an autodidact whose formal education ended around age twelve. She taught in Chile’s growing national school system, advocated for accessible schooling around the world, and was a professor at colleges like Barnard and Vassar. Her poetry captures not only the wide political themes of Latin American identity and progress, but also the intimate spheres of loss, grief, and motherhood. She remains the only female Latin American author to win the Nobel Prize.

Like many others in this article, Paz led a political life. He was a Mexican ambassador until 1968, when student demonstrators were killed by the nation’s military and police force in the Tlateloco massacre. He also wrote and spoke out frequently against the regimes of Stalin and Castro. His poetry, for which he won the 1990 Nobel Prize, often explores solitude and sensuality as well as language and silence.

Carlos Fuentes taught at many United States universities. Fuentes was very politically involved and held political positions while continuing to write. He was the Mexican ambassador to France for about two years before resigning in protest of the appointment of a rival. His opinions, such as his support for a Nicaraguan political party, estranged him from another writer-diplomat, Octavio Paz. The FBI closely monitored him and worked to deter his visa applications in the 1960s. His books reflect a constant political striving, interrogating the ideals of revolution, power, equality, justice, and violence. Fuentes’ fiction, like his most famous work, The Death of Artemio Cruz, happily utilizes the tools of multiple narration and interior monologue. 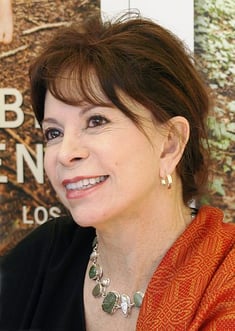 Allende, a post-Boom author, follows in the tradition of her predecessors. Her novels frequently blend myth and reality. She draws from the fount of magical realism that has long helped capture the Latin American experience.

Allende began her career in television and journalism and working on the editorial staff of magazines. As a reporter, she was able to get an interview with Pablo Neruda, who told her that she had too much imagination for a journalist. He suggested that she begin writing novels instead. As a result, her literary career has a semi-accidental nature. If it wasn’t for outside encouragement, and a letter to her dying grandfather (that developed into The House of the Spirits, her first book), who knows how long her career would have been delayed. Today, she is regarded as a Latin American treasure and figure of world culture. She has appeared in Olympic ceremonies, won Chile’s National Literature Prize, and won a Presidential Medal of Freedom.