Every literary composition is the result of a grand evolution — from hesitant, early beginnings to a ready and publishable book. Even great masterpieces have started out as underwhelming first drafts. Many scholars speculate that Shakespeare wrote Ur-Hamlet a decade before the world was graced with the masterwork we know today. Indeed, variations between Hamlet’s quartos and the Folio suggest Shakespeare was constantly revisiting his famous tragedy. Yet the example of Shakespeare and Hamlet is but one instance in a long tradition of re-invention and meticulous revision that will exist as long as literature does. Below, we look at this tradition, and explore early versions of books that led to the classic novels we read and love today. 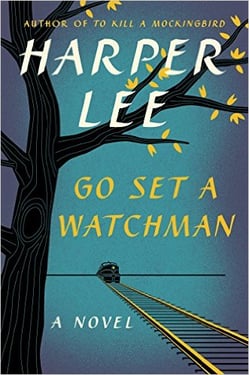 Harper Lee’s second novel, published fifty years after her beloved To Kill Mockingbird, became the literary event of 2015. Yet to many disappointed fans, it reads like an incomplete text, an artistic curiosity above all. It’s a glimpse at the process of a gifted novelist, rather than a great novel in itself. In many ways, the book is a first draft of To Kill a Mockingbird. It was Lee’s initial attempt at a novel, but when she sent it to an editor, Lee was told that the real book lay in the flashbacks to the narrator’s youth. This narrator was the precocious Scout, and from the foundations of Watchman, Mockingbird was born.

Early attempts of novels tend to be repressed by their author, and are often published posthumously. This is the case with James Joyce’s Stephen Hero. The book is James Joyce’s first attempt at an autobiographical bildungsroman, and exhibits his first experiments with the interior monologue technique (which Joyce first encountered through the Italian author Gabriel D’Annunzio). This book was not beloved by its author — but it did prove useful when it was picked for spare parts in the creation of one of his masterpieces, A Portrait of the Artist As a Young Man.

The writing of The Great Gatsby did not have an auspicious start. Fitzgerald, writing for magazines to pay the bills and struggling with alcoholism, managed to write only about 100 words a day for his future classic. This cycle, luckily, was broken when he and his wife Zelda left America for Paris. Fitzgerald wrote a few precursors to his 1925 novel. Fitzgerald called one story, “Winter Dreams” (1922), a “sort of first draft of the whole Gatsby idea.” He also wrote the novel Trimalchio, which was set to be printed by Scribner & Sons, but its author could not help fiddling with the galley proofs. This early version of Gatsby presents a notably different narrative voice, in addition to numerous revisions of structure and detail. Trimalchio went unread for nearly eighty years, until it was published in 2002 by Cambridge University Press.

Vladimir Nabokov was surely a meticulous author. Few writers of recent years have been as ostensibly guarded as he was. He condemned letting eyes see his works-in-progress, insisting that no fetus ought to undergo an exploratory examination. He was also famous for writing his books on index cards, and he dutifully incinerated those which conveyed inadequate writing

Many novels are born from a short story, which has laid the groundwork for characters or a premise that demanded more attention than anticipated. Nabokov’s Lolita was no different. The primordial story was written in 1939, in Russian. Many of the familiar elements were in place — a middle-aged man’s lust for a 12 year old girl, a cross-country excursion — but Nobokov deemed it unworthy of release. And, like many of his works, it perished in the deliberate flames of its author. In Lolita, Humbert asks of his love: “did she have a precursor?” The answer is yes, and she will remain hidden.

The Original Frankenstein by Mary Shelley

Frankenstein was composed in 1816, at the famous request of Lord Byron that his guests write ghost stories. This happened in the so-called "Year Without a Summer," a frigid period that resulted from the volcanic winter caused by the eruption of Tambora. Shelley’s masterpiece as we know it today is the result of heavy additions by her husband, Percy Bysshe Shelley. He was responsible for sharpening some of the philosophical implications of the book. The manuscript that details the pair’s collaboration, separate hand-writings and all, can be found at the Bodleian at Oxford. A book, called The Original Frankenstein, which contains the purest example of Mary Shelley’s individual vision, was published in 2009. Percy contributed some 5,000 words out of the manuscript’s 72,000. Frankenstein, much like its monster, was assembled out of more than a few moving parts. 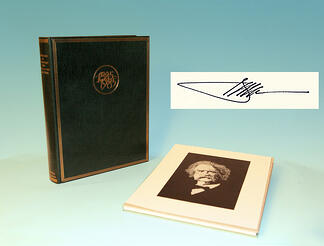 It's evident that Mark Twain spent a good deal of time composing work that was to lead to his masterpiece, The Adventures of Huckleberry Finn. Indeed, fragments of manuscripts from the book are wont to pop up, like the one found in an attic in California in 1991. Early writings of Huckleberry Finn followed the protagonist into adulthood, an exploration Twain would finally abandon. He is said to have written the novel in two bursts. The first, in 1876, produced 400 pages of a manuscript called Huckleberry Finn’s Autobiography, which Twain himself contemplated burning in a letter to a friend. The second burst, in 1883, was reported by the author in another letter: “I have written eight or nine hundred manuscript pages in such a brief space of time that I mustn’t name the number of days.” From his correspondence, we have evidence of a novel of some 1,200 pages. It's staggering, when one considers the 366 pages that compose the novel’s first edition — but a good writer must know what to take out, just as much as he must what to put in.