“A picture is worth a thousand words.” It’s a tired cliche, but when it comes to collecting rare or vintage books, there is perhaps no truer sentiment. Illustrations in rare book collecting, while not necessarily the first element that jumps to mind for a would-be collector, can be a significant driver in terms of the value and rarity of a given volume. Because illustrations have long been a part of literature in a variety of forms—everything from supplementing a narrative to depicting important scenes to enhancing the overall texture or theme of a story—illustrations are a critical element in helping experts place value on certain volumes within a given canon, but also making a determination regarding a book’s place in the rare book landscape. 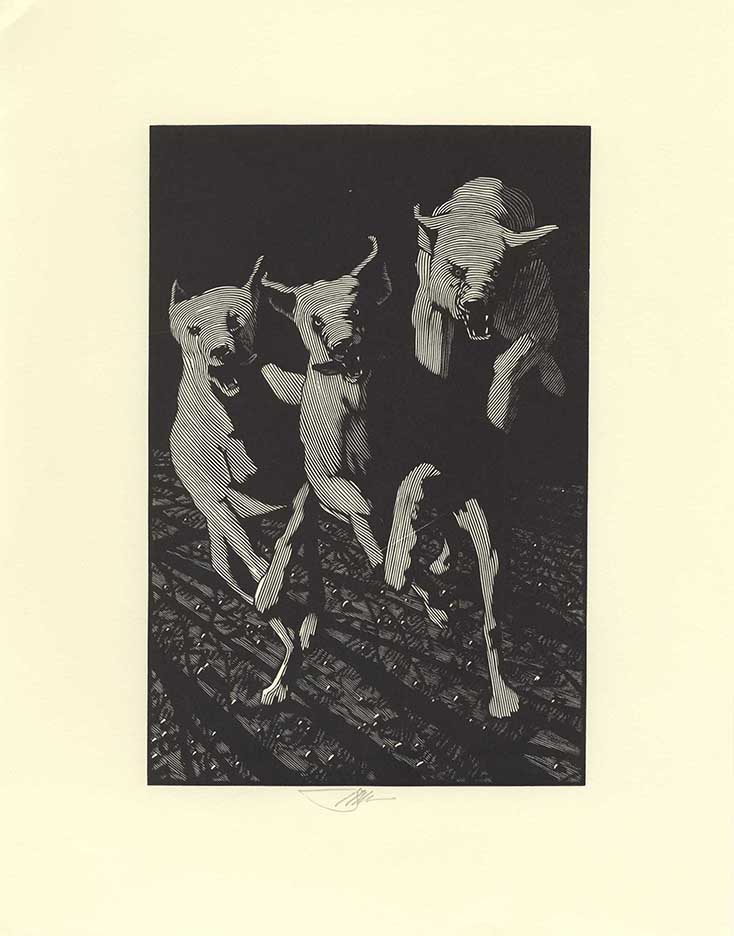 Judging any artistic endeavor is certainly a subjective enterprise, and evaluating illustrations in rare books is no different. Bias, personal preference, and other uniquely subjective elements come into play when weighing the importance and value illustrations bring to a rare volume. For example, we love the wood engraving at right by Barry Moser for the Pennyroyal Press limited edition of the Adventures of Huckelberry Finn.

We’ve discussed in previous entries the element of primacy and how being the first representation of a person, place, or thing in literature increases the value and rarity of a particular book. The concept of primacy, or being recognized as the first incarnation of something within the literary canon, goes well beyond the simple notion of first editions or first printings. First mentions of a character, a setting, a theory, an idea, or even the first location where a book was printed all factor into the primacy of a book and are important elements book collectors and evaluators must weigh when determining a book’s worth and value.

This same principle applies to illustration. The first depictions of an image, scene, object, or character significantly increases a book’s value and places it on a higher pedestal in the rare book collecting world. For example, an illustration of the first Model T in a novel or nonfiction book about the American automotive industry would have significant value compared with a novel published last year with a similar illustration. On the other hand, a book published last year with the first or newly discovered depiction of the 9/11 terrorist bombings may enhanced value given its primacy in the subject matter.

As we’ve discussed before, being first matters, and being first when it comes to illustrations can go a long way toward increasing the value and rarity of a given volume.

Perhaps one of the more obvious yet still influential aspects of the value of illustrations in rare book collecting is simply the fame or notoriety of the artist or creator of the illustration. Other aspects which can play a factor in this element of illustration value can be controversy surrounding the artist, how prolific the artist may or may not be, and where a given illustration fits into the artist’s overall body of work. For example, Matisse’s illustration in James Joyce’s Ulysses is widely regarded for the notoriety of Matisse’s previous body of work and his decision to provide illustrations for perhaps Joyce’s most famous and highly-acclaimed work. In addition, the faux-collaboration or combination between Matisse and Joyce also enhances the book’s value in bringing together two masters of their respective crafts. This confluence of talent also falls under the umbrella of notoriety and can be a critical indicator of a book’s value and standing in the rare book collecting landscape.

While primacy and notoriety are certainly key players in how illustrations work to enhance the value of a particular book, we can’t exclude the method of illustration and how these various modes of creating images work to impact the value and rarity of a volume. Because illustrations have been a part of books since the mass dissemination of the written word, artists and illustrators have deployed a variety of techniques when creating and integrating illustrations into books. Some of the more common and influential methods of illustration include:

Hand drawn: Though somewhat uncommon simply due to the time, work, and resources it takes to replicate illustrations in various editions or printings, hand drawn illustrations, sketches, or watercolor image are usually reserved for special or limited releases and as such can add significant value to a particular book or volume. 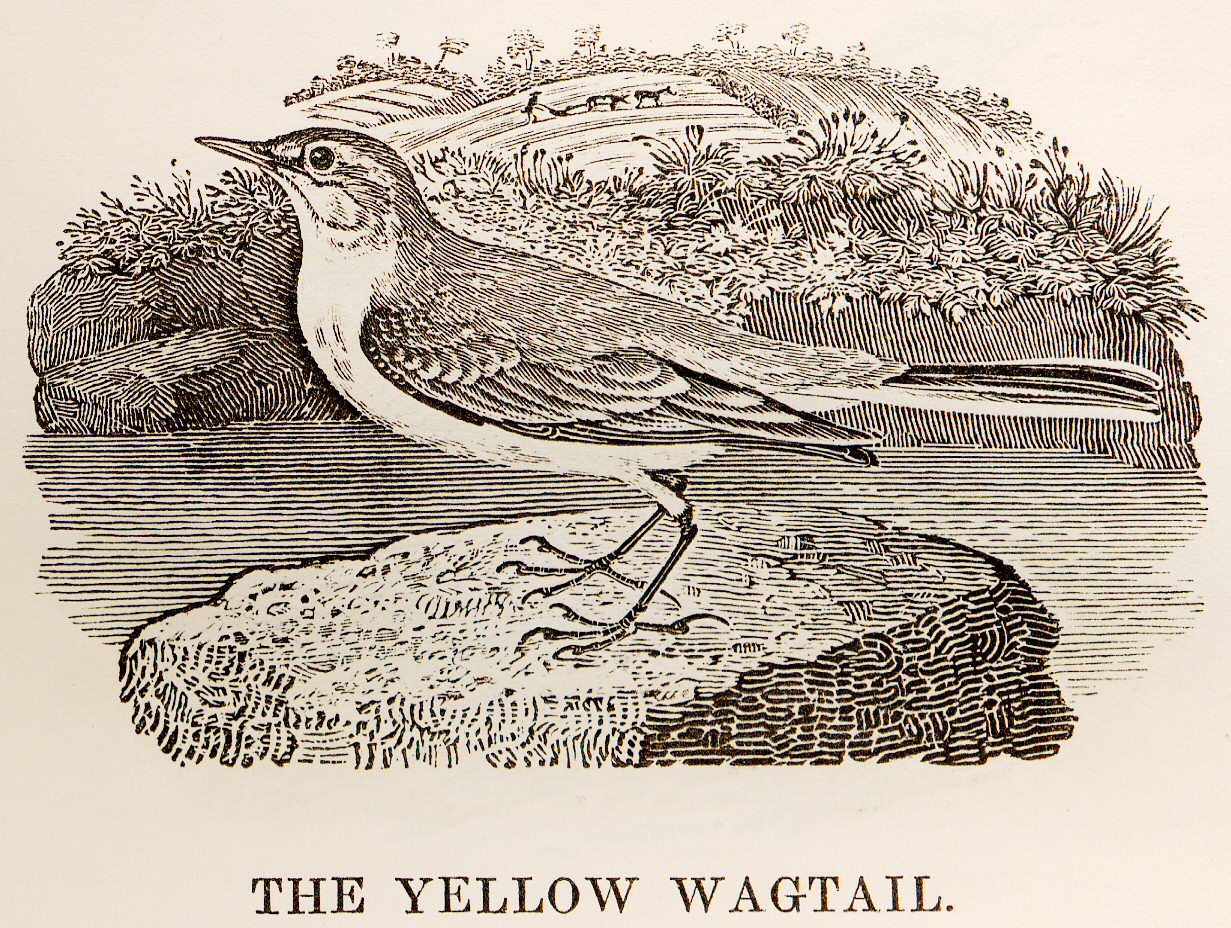 Woodcuts: Woodcuts are essentially images carved with woodgrain into soft wood blocks to create a raised image that is then inked over and pressed into a paper book page. The earliest form of woodcutting dates back to the 8th Century in Asia and the 14th Century in Europe. A similar or related method of illustration is wood engraving where the artist uses a harder wood and creates an image against the grain in order to achieve a greater level of detail in their illustrations.

Lithography: Originally invented in the late 1700s by the Bavarian author Alois Senefelder, lithography functions on chemical elements where water and grease repel each other in which the artist uses a greasy substance to create an image and then covers the image in a film of water. Ink is then applied and the illustration is thus cemented onto the page when the water and grease counteract each other, leaving behind an inked illustrations.

Chromolithography: Based on the lithography process, chromolithography was developed in the 180s as an easier, more mass-producible method of creating multicolored or more vibrant illustrations. New plates are used for each image, thus making the illustration process more streamlined and less cost-prohibitive.