The Brilliance of Lucille Clifton

When Lucille Clifton died in 2010, it was as if the entire American poetry community went into mourning. Here was a woman whose brief, wise, and unmistakable verse had entranced and inspired countless readers. Her distinct style and voice surprised the world with its uniqueness, and one sensed there would never be another like her again. 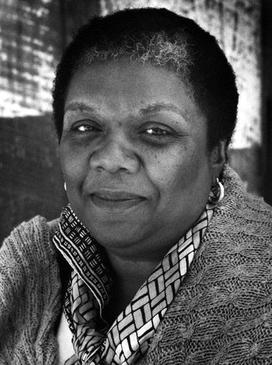 Clifton published her first book of poems, Good Times, in 1969. She found praise almost immediately. The collection was selected for the New York Times’ top ten books of the year, and she found an early fan and advocate in the writer Ishmael Reed. It was Reed who passed along Clifton’s poems for inclusion in a prestigious selection of African American poetry up to the year 1970, edited by Langston Hughes.

Inextricable from Clifton’s legacy is her style. At their face, her poems shun the distracting fuzz of punctuation, often eschewing capital letters, commas, and periods. That they are bare makes them more intimate and penetrating. “She wrote physically small poems with enormous and profound inner worlds,” reflected Elizabeth Alexander in the pages of The New Yorker, before comparing her to her notable peers like Pablo Neruda and Emily Dickinson.

She made her poetry from the fiber of everyday life, often writing on the kitchen table, in a house with her husband and six children. “Why do you think my poems are so short?” she often joked. In the poem “admonition,” she wrote:

Clifton wrote about immensely intimate things with unsparing vision. Some of her most popular poems are “homage to my hips” and “poem in praise of menstruation.” She also wrote some 22 children's books. As her first collection title, Good Times, suggests, she knew how to find and exalt celebration and joy. Such a reflex was necessary in a difficult life, one that started with sexual abuse and poverty, and later saw illness (cancer and kidney problems) as well as the deaths of her husband and two of her children.

Cilfton's work deals with both the precise and quotidian parts of life (she has, for instance, a paean-like poem to cutting greens) as well as the political. As an African American woman, she wrote about race and the female experience. She paid homage to Nelson and Winnie Mandela, W.E.B. DuBois, and Fannie Lou Hamer, and she did not shy away from addressing, as she says in “sorrow song,” “the extraordinary evil in ordinary men.” She describes femininity with rapture and humor, as she does here in “wishes for sons”:

At her best, Lucille Clifton’s poetry is vivid, startling, and reveals humanity in extraordinary places.