Why Travel Can Be an Important Part of Book Collecting

With so much book shopping and book collecting taking place on the internet these days, it might be difficult to imagine why travel can be an important part of building a rare or antiquarian book collection. We’ve become so reliant upon the internet for almost everything these days, and book buying is one of them. However, let me emphasize just how valuable it can be to travel to different parts of the United States and, indeed, different regions of the world, as you build your collection. When physical bookstores are available, not only can you engage with the book as a physical object, but you can also discover out-of-print or even self-published titles that you didn’t know existed.

If you want to build a truly unique collection, consider traveling to new places and visiting bookshops that can help you to unearth new and never-before-seen titles to add to your bookshelves. The resources available from the Antiquarian Booksellers’ Association of America (ABAA) and the International League of Antiquarian Booksellers (ILAB) can help you to locate shops, but in addition, there may be hidden treasures just around the corner with no internet presence at all. Let me tell you a bit more about the pleasures of book-buying travel and some tips for the globetrotting book collector. 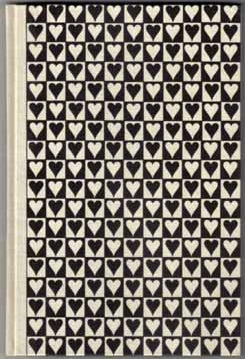 One of the first and most obvious reasons for traveling to buy books is that you highlight the significance of the book as a physical object. With so many bookstores going out of business and readers turning to e-copies, we need more emphasis on the power of the physical book. You can hold the object in your hands, and you can examine its condition. But even more importantly, visiting bookstores allows you to discover items that aren’t catalogued online.

When you travel to different parts of the country or the world to buy books, you never know what you might find. While you may have specific titles or printings in mind that you’re seeking out on your trip, there are always going to be titles, objects, and pieces of ephemera that you simply didn’t expect to find. Some booksellers don’t maintain online catalogues, and some only list parts of their inventories. Without traveling to these bookstores in person, you could be missing out on some incredible out-of-print and self-published titles. I’ll give you just a handful of examples.

In Kraków, Poland, I visited the rare and antiquarian bookstore Rara Avis. Searching through binders upon binders of ephemera, I discovered a 1955 theater program printed by the Polish avant-garde student political theater group Bim-Bom. The program contained a Polish translation of Pablo Neruda’s “Let the Woodcutter Awaken” on the front page, including a colorful linocut image to accompany the poem. The program was made to be given out during the theater group’s show that year, and as such, relatively few were printed. I would never have known the pamphlet was at this shop—let alone existed—but for a book-buying trip to Kraków.

As another example, upon visiting the enormous rare and antiquarian bookstore Collector’s Treasury in Johannesburg, South Africa, I found a very exciting Nadine Gordimer item. First, let me give you some brief background: Gordimer’s novel Burger’s Daughter (1979) was banned in South Africa at the time of its publication due to its vehement anti-apartheid politics. It was published in the U.K. by Jonathan Cape, and copies found their way back into South Africa. Inside Collector’s Treasury, I found a U.K. first edition of Burger’s Daughter with an original price tag attached—a price in South African Rand. In other words, I happened upon a copy that had been priced (and perhaps sold) “illegally” in South Africa at the time of the book’s banning. What a find!

And for one more Neruda story: in Reykjavik a few years ago, I arranged an interview with the owner of the last antiquarian bookstore in Iceland. I told the owner that I collect Neruda’s books in various global translations—as I tell all rare booksellers I meet. The bookstore owner instantly took a liking to me and tried to convince me to have dinner with him. Eventually, I’m afraid, I gave into a lunch in hopes of seeing a rare Neruda translation he had in his possession. The bookstore owner brought me a handbound, self-published book of Neruda translations, done by hand, by one of Iceland’s most famous 20th-century poets, Dagur Sigurðarson. The poet, as it turns out, had been close friends with the bookstore owner’s father—also a rare bookdealer—in the ‘60s and ‘70s. 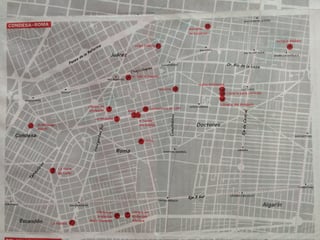 Before you travel, make a list of the bookstores you plan to visit and their locations as best as you can. Remember that many bookstores have listed physical addresses, but some may be tiny shops that have absolutely no internet presence—you could happen upon them walking down the street. This is certainly true of bookstores in Santiago, Chile, Buenos Aires, Argentina, and Mexico City, Mexico. Pinpointing shops on a walking map is one of my favorite ways to ensure that I’ve visited all of the bookstores on my list, and it’s also a fantastic way to see any city. And as I mentioned, you’ll very likely end up walking by shops that you haven’t seen listed anywhere. Pop inside and see what you can find.

Next, talk to booksellers and tell them what you’re seeking out. Once you do, you could be surprised at the world in which you find yourself. One of the best anecdotes about my Neruda collection and the process behind it, I believe, involves visiting and later making phone calls to rare book dealers in Mexico City in the stairwell of Leon Trotsky’s home. My husband and I were traveling in Mexico City, and we learned by word of mouth from various antiquarian booksellers that someone in the city was looking to sell a true first edition of Canto General (1950). Needless to say, I became a woman on a mission. To give you some context for this, there were only 300 copies of the true first edition printed, and each was sent to an original subscriber who paid, collectively, for the printing of the text. These books were printed in Mexico City at a now defunct press while Neruda was in exile there in 1950. The subscribers were among the most important leftist artists, writers, and politicians of the mid-20th century, including Frida Kahlo, Pablo Picasso, and Paul Eluard, among others. We contacted bookseller after bookseller on our visit to Mexico City, both in-store and via telephone, and continued to hear the same thing: “someone wants to sell a copy, but I don’t have all the details yet.” I finally got a phone number for a book dealer who was supposed to have more information. Since my husband’s spoken Spanish is much better than mine, I had him make the phone call. We had just spent some time in Leon Trotsky’s home, including in the office where he was assassinated with an icepick. It started pouring outside, and it seemed like a good time to continue tracking down the book. My husband made a call inside Trotsky’s home, and I ultimately got some helpful information that allowed me to locate the man in possession of the book. As it turns out, the book was in the possession of the grandson of Victor Manuel Villaseñor, the former head of The Society of Friends of the USSR in Mexico City. It was through this organization that Villaseñor came to know Neruda, as well as other significant figures of mid-century leftist politics. I learned from his grandson—who eventually sold the book to me—that Villaseñor had been close friends with David Alfaro Siqueiros and frequently went hunting with Diego Rivera.

And finally, but not least importantly, if you arrive to a new place and learn that the bookstore offerings aren’t quite what you had hoped, don’t give up. Indeed, book-buying travel doesn’t quite turn out the way you’ve planned. Traveling to Northern India several years ago, I anticipated a number of rare and antiquarian bookshops and only found one in Bombay. That shop ended up having an incredible Rabindranath Tagore catalogue that I excitedly purchased for my collection of postcolonial literature. Similarly, on a recent visit to Nairobi, Kenya, I had high hopes for the rare and antiquarian book trade in the East African metropolis after reading a number of stories about bookstores in the city. Unfortunately, upon arrival, I learned to my dismay that all of them have now closed. Options for adding pieces of rare, out-of-print, and self-published ephemera from Kenya to my personal collections have dwindled.

No matter where you go, you’re likely to be able to find rare and antiquarian bookstores with incredible works that are waiting to go into your collection. And even when you strike out, the hunt itself is part of the joy of book collecting.