Ten of the Most Scandalous Books in Literature

Throughout the history of literature there have been books that were challenged and even banned due to their depiction of incendiary topics. From race to religion to sexuality to violence, all manner of morally suspect topics have forced books to the forefront of philosophical debate. Whether challenged by protective parents or forbidden by an outraged government, the following books scandalized enough people that the debate surrounding them grew to epic proportions. In fact, many of these so-called scandalous books are still challenged today. 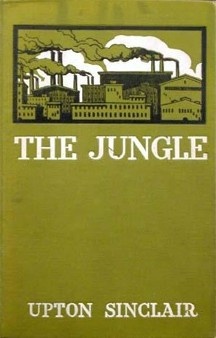 Based on weeks spent working undercover in the meat packing industry, Upton Sinclair's The Jungle is a harsh yet realistic depiction of the struggles of working class Americans in the 20th century. Sinclar's goal in writing the novel was to shed light on unfair business practices used to exploit underpaid and overworked employees in the food and shipping industries. He hoped to illicit outrage on behalf of the workers, and though the novel did create a huge stir, the public response was more geared toward unhealthy or dirty food handling practices like lard being sold after workers fell into it or the sales of tubercular beef. He said in interview “I aimed for the public's heart, and by accident I hit it in the stomach.” The book did inspire change, however. It led to the Meat Inspection Act, the Pure Food and Drug Act, and the eventual formation of the Food and Drug Administration.

Published in 1899, Kate Chopin's seminal novel The Awakening is one of the first novels of feminist literature to be published in America. Lauded today as a precursor to feminist, modernist, and Southern fiction, Chopin's novel focuses on a protagonist that chafes against the limiting role society has for her as a woman. It frankly and sympathetically addresses female desire and sexuality, something rarely done by Chopin's contemporaries. However, while the novel is celebrated now, it was highly censored at the time. Reviewers considered it to be little more than a trashy sex novel, some going so far as to claim that it was not for the consumption of moral people. Some even celebrated the main character's eventual death by swimming out into the ocean as her getting her just desserts. The scandal surrounding the novel was such that Chopin's publishers canceled her next novel, and she never sold another book. She even struggled to sell short stories from then on. It was not until the 1960s that she was rediscovered and granted her place in the feminist canon.

3. The Adventures of Huckleberry Finn 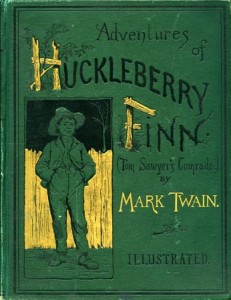 Mark Twain's The Adventures of Huckleberry Finn is considered one of the great American novels. The controversy surrounding the novel began at the time of publication with some critics dismissing it as little more than trash due to its language, depictions of race and racism, and the satire of the society of the time. The book continues to be challenged today for many of the same reasons. In the 1990s, it was one of the top five most banned books, and many schools and libraries still do not house the book on their shelves.

While easily the best selling books series in modern times and already considered a classic, each installment of J.K. Rowling's Harry Potter series created a controversy. Often banned from libraries and schools due to religions objection to the roles of witches, wizards, and magic in the plot, the Harry Potter books are the most challenged books of the 21st century. In spite of the controversy, the series has spawned movies, theme parks, websites, and spin-off films. While one of the most controversial series in recent times, it is also, undisputedly, one of the most beloved.

James Joyce's Ulysses is now considered one of the most important novels of English literature, but it almost never saw U.S. publication due to its perceived obscene subject matter. During its initial serialized run in the American literary journal The Little Review, some readers took offense to a passage depicting a character masturbating, and a trial declared the book officially obscene in 1921. Having been officially banned in the United States, any copies brought into the country were burned by the United States Postal Service. It was not until 1930 when another trial overturned the previous ruling that the book saw publication in America.

Charles Darwin's master work on natural selection, Origin of Species, presents theories that are still considered controversial by some today despite being widely held up as the main principle of all branches of life science. It took years for the idea of natural selection and evolution to gain enough traction to be thought of as scientific fact, due in part to controversy surrounding the topic. Many objected, and still object, to natural selection based on religions tenets that contradict the evidence presented in Darwin's book. Some readers at the time took the theory to heart, however, and used it to support their own theories on Europeans being biologically superior to other races in an attempt to bolster the acceptance of imperialism. Darwin insisted that it did not apply in that case.

After being featured as one of Oprah's Book Club selections, James Frey's memoir of drug and alcohol addiction, A Million Little Pieces, rose to the top of the nonfiction best seller lists. Sales soared even higher after the author appeared on Oprah's show. But the increased visibility led to an increase in research on the author. The website The Smoking Gun sought to publish Frey's mug shot from the arrests detailed in the memoir, but could find no evidence of his arrest. After conducting more research, they proceeded with their allegations against Frey and the truth came out. Frey had never been arrested, and many of the events in the book were in fact exaggerated and in some cases completely fabricated, like the death (and some say even the existence) of his girlfriend Lilly. Random House issued a refund to readers who felt they had been duped into spending money on a memoir rather than fiction, and Frey's reputation was irrevocably tarnished. Frey himself issued a public apology, and while the book retained its popularity and is still in print today, it now contains a statement in which Frey acknowledges that much of the book is fictionalized and emphasizes that the truth lies in the emotion of the scenes rather than the events themselves.

Judy Blume's novel Forever... differs from many of her other works in that it focuses on an older group of teens. Though praised for its realistic and frank depiction of first love and teenage sexuality, it was often challenged for the same reasons. The novel offers descriptions of different birth control methods as well as a depiction of the female orgasm. Though it was first published in 1975, it remains one of the most challenged books today.

10. The Perks of Being a Wallflower

Steven Chbosky's novel The Perks of Being a Wallflower was named one of the top 100 teen novels by NPR and has gathered a cult following. It was adapted into a film in 2012. In spite of its popularity and inclusion on many high school reading lists, the book is often challenged and banned due to its depiction of teenage sexuality, drug and alcohol use, abortion, incest, sexual abuse, and suicide.

Did we miss a particularly "scandalous book"? Do you have a favorite from our list? Let us know if the comments below.