The Best of 2018: Our Ten Most Popular Blog Posts

It's New Year's Eve which means another year has come and gone. Today is a perfect day for reflection. As such, we wanted to revisit some of our most popular blog posts of the year and thank you, our readers, for returning to our site and engaging with us about all things books and book collecting. We love this community, and we're thankful for you. Here's to another great year of bookish posts in 2019! For now, enjoy a review of these great articles from the past year. Happy New Year! 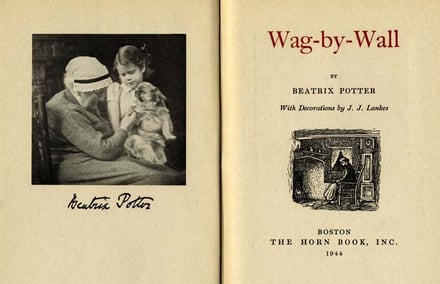 1. What is a Frontispiece?

We think it’s safe to assume that if you’re reading this article you enjoy books. You also probably believe, as we do, that books are important physical objects: they are important collectibles and keepsakes that you can feel, hold in your hand, page through, and examine the condition of. Indeed, we like to place an emphasis on the physical copy of a book as an object to be treasured. In our efforts to do so, we’d like to examine some of the features that make books, especially rare books, so special. Today, we’re focusing on frontispieces. What is a frontispiece? What’s with the funny name? What’s the history of this particular feature in our books? We hope this post answers these and more of your questions. Read more >>

Born in St. Louis, Nobel Prize winner T.S. Eliot remains one of America’s most treasured literary exports. The poet who famously authored “The Waste Land” (1922), “Four Quartets” (1943), and “The Love Song of J. Alfred Prufrock” (1915) also tried to revive the verse-drama genre (most notably with 1934's The Rock) and was an astute literary critic, giving advice to young writers who hoped to carry on the poetic traditions that Eliot himself reshaped. Though his social reputation was one of stuffiness and formality (Virginia Woolf liked to refer to Eliot as wearing a “four piece suit” to dinner), he was actually an avid prankster, once setting off stink bombs in the lobby of a posh hotel—and this playful sensibility is alive in works that can often seem obscure and forbidding. This is not to say that his work, often inspired by his Anglican faith, doesn’t have an imposing moral seriousness to it. Perhaps Robert Frost said it best: “We are both poets and we both like to play. That's the similarity. The difference is this: I like to play euchre. He likes to play Eucharist.” Here are some of Eliot’s most memorable quotes. Read more >>

3. Ten of the Best Quotes from Charles Dickens 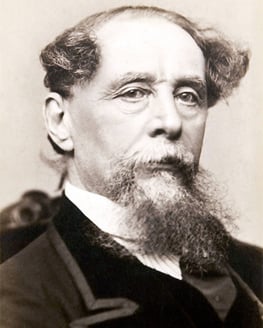 Charles Dickens is widely considered to be the most important writer of the Victorian age. Dickens' success came, despite the odds being stacked against him. He had to work in a factory from a young age to support his family; his father was in debtors' prison. Dickens was eventually able to spend two years in school after which he worked at a law office. An interest in theater eventually led to a job as a freelance reporter. He published the majority of his novels as weekly or monthly serials, beginning with The Pickwick Papers in 1836. He was an immediate success, reaching an unprecedented level of popularity at the time. Read more >>

4. Nine Fascinating Facts About John Steinbeck’s Of Mice and Men

John Steinbeck’s timeless novella Of Mice and Men was published in 1937 to considerable acclaim, and the reading public’s appreciation of the text has hardly diminished since. What began as a perplexing work eyed warily by Steinbeck’s agents has gone from being a Book of the Month Club selection on its initial publication to one of the most widely read and assigned books on high school curricula throughout the country. Here are a few interesting facts about it. Read more >>

5. The History of Children’s Literature: 19th Century to Today

English writer Virginia Woolf is widely considered one of the most important modernist and feminist writers. She was successful in her own time with her writing as well as through her work for education reform. She and her husband, Leonard, also ran the publishing house Hogarth. But she gained her status as an icon in the 1970s during the third wave of feminism. Since then, her name has become synonymous with the movement and her work, including her most famous novel, Mrs. Dalloway, has been translated into over fifty languages. Here are some interesting facts about Woolf. Read more >>

7. The 2018 Caldecott and Newbery Award Winners Are… 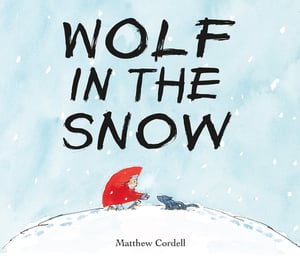 Every year, we anxiously await the selection of the Caldecott and Newbery Award-winning books. These titles are the best of the best, and every year, we can't wait to see if they're in our collection already or if we need to run out and grab a copy. The American Library Association announced the 2018 winners this morning. And the awards go to... Read more >>

Especially on this blog, Love in the Time of Cholera (1985) author Gabriel García Márquezneeds little introduction. William Kennedy declared that Marquez’s One Hundred Years of Solitude (1967) was, "the first piece of literature since the Book of Genesis that should be required reading for the entire human race," and the Nobel Prize committee seemed to more or less agree, bestowing the honor on a Colombian writer for the first time ever largely in recognition of One Hundred Years of Solitude in particular. Carlos Fuentes called him, "the most popular and perhaps the best writer in Spanish since Cervantes." Here are some interesting facts about him. Read more >>

There were only two authors whose work I encountered in each year of high school: Shakespeare and John Steinbeck. His novellas like The Pearl and Of Mice and Men, his novels The Grapes of Wrath and East of Eden, even his inspiring Nobel address, informed my burgeoning understanding of what an American writer sought to accomplish and examine. Steinbeck turned his attention and sympathy toward that majority of people—those who toil, who care for their family, who seek joy and exaltation in however rare supply those delights may be. His style, mixing the merits of both American plainspokenness and figurative language, comforts me whenever I need to pull something off the shelf. Read more >>

For anyone interested in book collecting, understanding the terminology used in the book buying and selling industry is essential. When it comes to a book’s binding, there are many descriptors that are used. Do you know the difference between half bound and quarter bound? What does it mean if a book’s been shaken? Can you describe the difference between Octavo and Quarto? Let us help with this glossary of book binding terms. Read more >>