Are you familiar with the Schomburg Center for Research in Black Culture? If not, you should be. It’s a division of the New York Public Library (NYPL) system, located on Malcolm X Boulevard in Harlem. The Schomburg Center has a Manuscripts, Archives and Rare Books Division that is open to researchers, in addition to divisions devoted to art and artifacts, moving images, recorded sound, and photographs, among others. There are a lot of good reasons to visit the Schomburg, but today we want to tell you about a recent addition: James Baldwin’s archive.

END_OF_DOCUMENT_TOKEN_TO_BE_REPLACED

Visiting the Leslie Marmon Silko Papers at the Beinecke Are you interested in learning more about the life and works of Leslie Marmon Silko? Yale University Library owns her papers, which are available to researchers at the Beinecke Rare Book and Manuscript Library. Given the Beinecke’s extensive collection, many of the archives contained here are housed off-site. As such, researchers need to request them at least a few business days in advance of a visit. This is true of the Silko Papers, but it’s worth the wait. We visited the papers and were thrilled to see not only numerous pieces of correspondence, as well as drafts with Silko’s handwritten edits and comments, but also folders of Silko’s artwork.

Why should you be interested in looking into the life and work of Leslie Marmon Silko? We’ll tell you a little bit more about her before we get into a discussion about the Papers.

END_OF_DOCUMENT_TOKEN_TO_BE_REPLACED 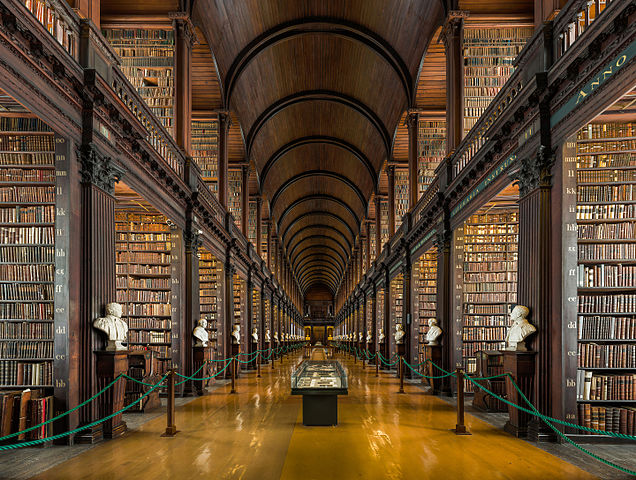 The international library system would be sorely lacking without universities. Where government and private interests (and resources) fail, academic ones pick up the slack, snapping up the archives of major authors and collecting volumes on specialized and specific topics. They prove vital assets to researchers and professors. They provide working space for students and writers (I happened upon Zadie Smith, headphones in her ears, in New York University’s Bobst Library one afternoon). They are essential to the health of literature and education. And they are often very beautiful.

END_OF_DOCUMENT_TOKEN_TO_BE_REPLACED 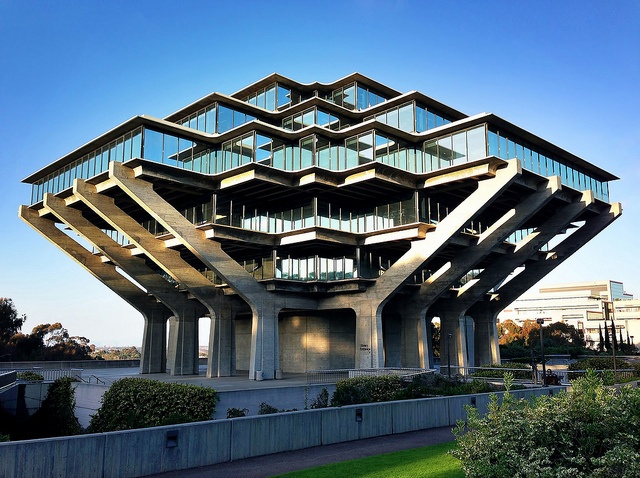 Everyone loves a beautiful, old library with oak desks, cozy chairs, and tall windows. Libraries built during the economic boom of the mid-20th century, however, were often used as a playground for architectural experimentation, particularly on college and university campuses. Sometimes the result was instantly regrettable; at other times, it was intriguing and other-worldly. The Geisel Library at the University of California, San Diego falls in the latter category.

END_OF_DOCUMENT_TOKEN_TO_BE_REPLACED

Researching in the J.M. Coetzee Papers at the Harry Ransom Center

In 1969, the Nobel Prize-winning South African novelist J.M. Coetzee received his Ph.D. from The University of Texas at Austin after writing a dissertation on the early work of the Irish writer Samuel Beckett. That same year, Beckett was awarded the Nobel Prize in Literature. More than forty years after earning his Ph.D.—and after having written nearly a dozen novels and numerous works of criticism—in 2011 the University of Texas at Austin acquired the author's papers to be held in the Harry Ransom Center. The archive contains nearly 160 boxes of material, including drafts of his novels and of his autobiography, personal and business correspondence, family photographs, and recorded interviews. While the novelist was born in South Africa and recently has become an Australian citizen, it seems to make sense that his literary archive would be housed at the location that helped to shape his understanding of literature and its role in politics.

END_OF_DOCUMENT_TOKEN_TO_BE_REPLACED

Visiting the Newberry Library in Chicago We love visiting many different libraries in the United States and across the globe, but one of our favorites might be the Newberry Library in Chicago. With its diverse collections, fantastic exhibits, and emphasis on public programs, we believe the Newberry has something to offer to anyone and everyone. The library’s collection of manuscripts is vast, housing more than 800 Modern Manuscript collections that make up, in total, about 15,000 linear feet. The manuscript collection ranges in time from medieval works to those of the twentieth century. The Newberry has numerous other core collections, including those on local Chicago histories and American Indian and indigenous studies. Yet the reach of the library goes far beyond its research collections. To be sure, the Newberry also hosts exhibits and presentations, all open to the public. What else should you learn about the Newberry Library?

END_OF_DOCUMENT_TOKEN_TO_BE_REPLACED

“(A Nation) must, above all, believe in the capacity of its own people so to learn from the past that they can gain in judgement in creating their own future.” - Franklin D. Roosevelt, June 30 1941, at the dedication of his Presidential Library

For the bookish, there is something incredibly charming about the fact that the nation’s preferred mode of commemorating presidents as they leave office is the construction of a library.

END_OF_DOCUMENT_TOKEN_TO_BE_REPLACED For students, faculty members, and scholars across the globe, the papers of Nobel Prize-winning novelist Toni Morrison are now open at the Princeton University Library. Morrison won the Pulitzer Prize in 1988 for her novel Beloved (1987), and she was awarded the Nobel Prize in Literature in 1993. Morrison taught at a number of colleges and universities during her career, including at Howard University, Bard College, and Rutgers University. From 1989 until 2006, Morrison taught at Princeton University as the Robert F. Goheen Professor in the Humanities. Since 2014, Princeton has owned the writer’s collected papers, and archivists have been working to organize and catalogue them. Now, if you’re interested in exploring drafts of Morrison’s eleven novels, along with other significant materials, the Manuscripts Division of the Department of Rare Books and Special Collections at Princeton has what you’re looking for.

END_OF_DOCUMENT_TOKEN_TO_BE_REPLACED

Primacy and Rare Book Collecting: The Value of Being First As the old saying goes: ‘It pays to be first.’

In the world of rare book collecting, this is also a well-known fact. First editions. First printing. First drafts of manuscripts. These are usually the kinds of 'firsts' book collectors are on the look-out for when evaluating a book’s worth and value, and it’s these elements that factor largely into how much rare books fetch at auction and how sought-after they become.

However, the concept of primacy, or being recognized as the first incarnation of something within the literary canon, goes well beyond the simple notion of first editions or first printings. First mentions of a character, a setting, a theory, an idea, or even the first location where a book was printed all factor into the primacy of a book and are important elements book collectors and evaluators must weigh when determining a book’s worth and value.

END_OF_DOCUMENT_TOKEN_TO_BE_REPLACED

Visiting the Nadine Gordimer Papers at the Lilly Library Are you interested in doing more than just reading the works of Nadine Gordimer? If you’re ever visiting Bloomington, Indiana, you might consider scheduling a visit at the Lilly Library to explore the materials contained in The Nadine Gordimer Papers. As most lovers of Gordimer’s fiction and South African literature in general know, the Nobel Prize-winning author was born in Springs, South Africa to Jewish immigrant parents in 1923. She wrote fiction for much of her life, with her first short story published in the Children’s Sunday Express when she was 15 years old. The New Yorker published one of her short stories for the first time in 1951, introducing world readers to Gordimer’s work. Now, researchers at the Lilly Library at Indiana University can have access to Gordimer’s correspondence, lectures, speeches, notes, and drafts from 1934 to 2001.

END_OF_DOCUMENT_TOKEN_TO_BE_REPLACED
Previous page Next page
See a listing of all posts