Writing is a creative release to many people, but when you make your living from the pen, what do you turn to in order to replenish your soul? Those we consider legendary authors today didn’t spend all of their time at the desk. These eight authors and their hidden passions may surprise you. 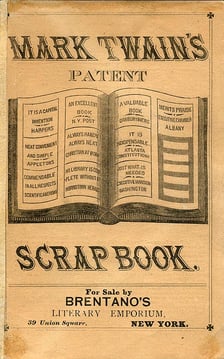 1.  Vladimir Nabokov chased butterflies. The author of Lolita is fairly well known as a lepidopterist, or someone who studies butterflies and moths. He would take his family on entire vacations across America to find different species. Nabokov once said that, “had there been no revolution in Russia, I would have devoted myself entirely to lepidopterology and never written any novels at all.”

2.  Mark Twain was a scrapbooker. He collected souvenirs and ephemera during his lecture tours, ever curious of what others were saying about him. Twain became so fed up with the glue he was using that he developed and patented his own self-adhesive scrapbook.

3.  Emily Dickinson loved to bake. Even though this famous poet rarely stepped outside the house, her letters contain many references to baking. At least five of her recipes still exist. There are even stories that she would lower a basket of cakes out the window for the children in the street. 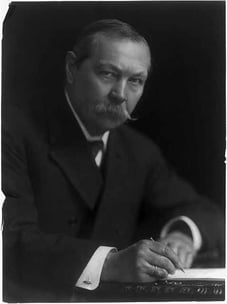 4.  Sir Arthur Conan Doyle was obsessed with the supernatural. The man who created the super-rational Sherlock Holmes was also fascinated by the spiritualism movement of the 1910s and ‘20s. He supported those who claimed psychic powers or fairy sightings, though these would all later be revealed as frauds.

5.  Ayn Rand collected stamps. While a lot of people collect stamps, there are probably few who could rival Rand and her passion towards the modest hobby. She wrote an article in 1971 entitled “Why I Like Stamp Collecting” in which she says she found it “purposeful” and a “steady progression to a goal.”

6.  Sylvia Plath kept bees. For a few brief months in 1962, Plath and her husband, Ted Hughes, became beekeepers. Her father, who died when she was eight years old, had been a renowned beekeeper, but Plath learned the trade from the local midwife. Plath wrote several poems about the industrious creatures shortly before she took her own life. 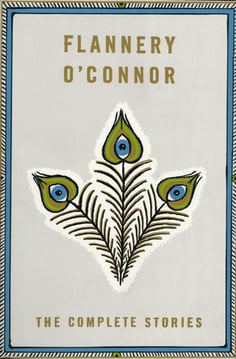 7.  Flannery O'Connor raised all kinds of fowl. The Southern Gothic writer of short stories is quite famous for her peacocks, and for teaching chickens to walk backwards in her youth. O'Connor's ancestral farm in Georgia, Andalusia, was home to over 100 peacocks, as well as ducks, hens, geese, and more. She would often send the beautiful discarded tail feathers to friends.

8.  Madeline L'Engle played piano. Many fiction writers are also accomplished or amateur musicians; the creative impulse is similar. L’Engle, however, turned to the piano to break writer’s block: “What it does is break the barrier that comes between the conscious and the subconscious mind. The conscious mind wants to take over and refuses to let the subconscious mind work, the intuition. So if I can play the piano, that will break the block, and my intuition will be free to give things up to my mind, my intellect. So it’s not just a hobby. It’s a joy.”